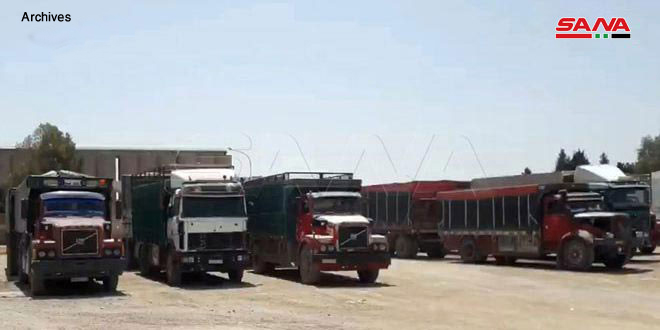 The US occupation continued to steal the Syrian national resources as it brought out a convoy of trucks laden with stolen Syrian wheat to north of Iraq through the illegitimate al-Walid crossing.

Local resources from al-Suwaidya village in the countryside of al-Yarubiya, northeast of Hasaka told SANA reporter that a convoy consisting of 32 vehicles loaded with stolen Syrian wheat left illegitimate al-Walid crossing accompanied by a number of QSD militia cars towards Iraqi territories