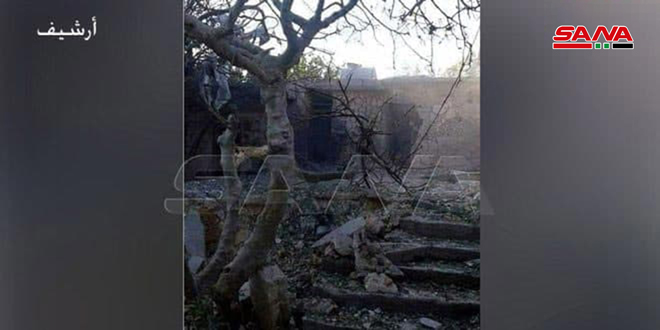 A man and his daughter were injured in an attack with rocket shells launched by terrorist organizations deployed to Idleb on Jurin town in Hama northwestern countryside.

SANA reporter said that terrorist organizations deployed to Idleb countryside targeted Jurin town in al-Ghab area, Hama northwestern countryside with five rocket shells, causing the injury of a man and his daughter, as they were rushed to Hama National Hospital.

The child’s condition is critical, SANA reporter said, adding that the attack caused a material damage to the locals’ houses and properties.

Salah Denies Rumors About Problems Among The Pharaohs