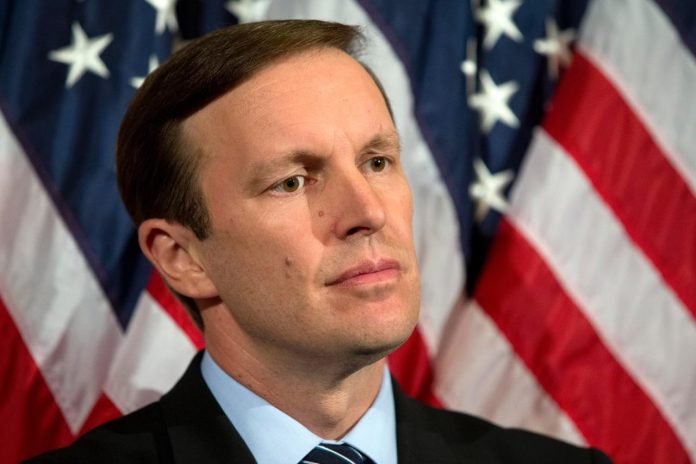 Connecticut Senator Chris Murphy said that U.S. sanctions on Iran will make it “hard” to obtain a cease-fire from the Iranian-backed Houthi rebels in Yemen, according to an interview with the Associated Press.

Murphy was headed this week to Oman, Qatar and Jordan to discuss political solutions to the war in Yemen, where Saudi Arabia has led a coalition of Gulf States against the rebels. He said the Biden administration has taken recent steps to defuse tensions in the region.

“So long as we’re still sanctioning the hell out of the Iranian economy…it’s going to be hard to push the Houthis to a cease-fire,” Murphy said.

He added that the 2015 Iranian nuclear deal, which President Donald Trump exited in 2018, “is very important” and might be critical to peace within Yemen.

Without the nuclear deal, “the Iranians are going to see Yemen as an opportunity to make mischief against the United States and our allies,” Murphy said.

In February, Biden announced the end of U.S. support for the Saudi-led coalition in Yemen and called for a cease-fire, according to the AP. Thousands have died in Yemen from U.S.-backed Saudi coalition airstrikes.

Regarding U.S. sanctions on Iran, the U.S. “has imposed restrictions on activities with Iran under various legal authorities since 1979, following the seizure of the U.S. Embassy in Tehran,” according to the U.S. State Department.

Top Biden administration officials and U.S. senators crisscrossed the Middle East on Monday, seeking to assuage growing unease among Gulf Arab partners over America’s re-engagement with Iran and other policy shifts in the region.

The trips come as the U.S. and Iran, through intermediaries in Vienna, discuss a return to Tehran’s tattered 2015 nuclear deal with world powers. The United Arab Emirates, Saudi Arabia and other Gulf allies, excluded from Obama-era nuclear negotiations, have repeatedly pressed for a seat at the table, insisting that any return to the accord must address Iran’s ballistic missile program and support for regional proxies.

Senator Chris Coons (D-Del.), a key Biden ally dispatched on overseas diplomatic missions, told reporters in the UAE’s capital of Abu Dhabi that he hoped to allay the sheikhdom’s “understandable and legitimate concerns” about the return to the landmark deal and to create “broader engagement” with Gulf partners.

Coons said “close consultation” with the UAE about the ongoing talks in Vienna was “important, expected and happening,” adding that he hopes the Emiratis “may not just be notified, but actually help.

The US Secretary of State threatens to hold Beijing accountable in...