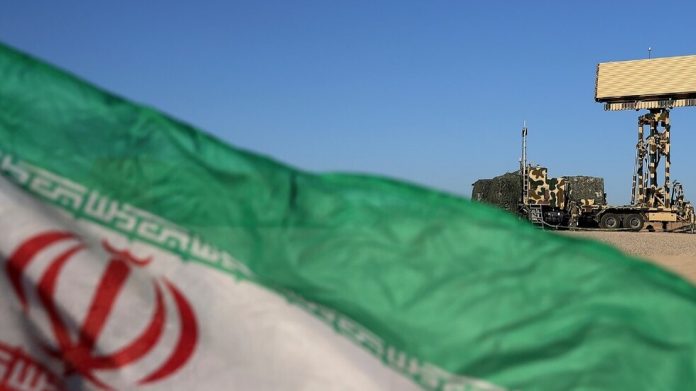 It appears that it’s not a regular week in Iran unless the country is showing off more drones and warning about how it can strike at Israel or everywhere else in the Middle East. People are taking notice as well because US Central Command head Kenneth McKenzie has warned that US air superiority has suffered due to Iran’s drone threat.

The latest is a ceremony where Iran showed off a series of small drones, some of which look like the usual Iranian kamikaze drones, often modelled after their Ababil series. This type of drone, as well as the Qasef, have been exported to Yemen. Tehran said this week that “the Iranian Army Ground Force has unveiled seven domestically-developed high-tech military achievements, including air defense systems, unmanned aerial vehicles (UAVs) and electronic warfare devices.”

Iran has also created new radar for drones, according to Press TV. “The Taha 1400 system uses directional antennas to intelligently cover a wide area of ​​operation, and maintains the flight safety of various drones in the enemy’s locale. The system is smart and light, a low-voltage consumer and can be installed quickly and easily. Finally, a land-based jamming system used for countering hostile drones and remote-controlled systems were among the new military achievements unveiled on Sunday.”

Iran also says it has a new Ground Forces Ranesh-1 (Propulsion-1) micro turbojet engine, which can be used in various drones, single-seat light aircraft, a wide array of missile systems, and unmanned boats. “The turbojet engine is light enough to generate high-speed thrust, runs on different types of fuel, has a high service ceiling compared to piston engines, can carry payloads, and can considerably boost the flight endurance record in a variety of drones,” it said.

The other home-grown products included self-protection and drone-mounted TIAM 1400 system for detection of the enemy’s radars and air surveillance.

Iran recently showed footage of a US aircraft carrier it said its drones were able to photograph. The country has said drones are its “trump card” against the US. A top Iranian general warned “the Zionists” recently after tensions.

This came after rumors of a drone attack on a ship off Syria and after Iranian backed groups in Iraq used a drone to attack a US facility in Erbil. Iran has numerous articles boasting about its drone exports to the Houthis in Yemen as well.

Rouhani: We have passed the peak of Corona and the situation...