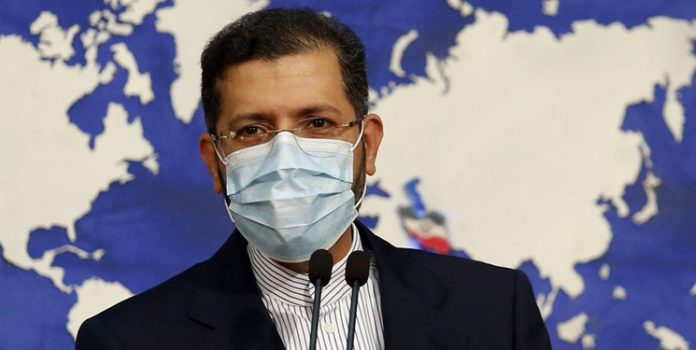 The Iranian Foreign Ministry said on Monday that it is following the cases of two Iranian citizens who were reportedly tortured and mistreated in border point with Turkey.

“Pursuing the rights of Iranian citizens has always been important to us, and we have been following this issue seriously since the first moment we became aware of it,” Foreign Ministry spokesman Saeed Khatibzadeh told at his weekly press briefing.

“We called our friends in Turkey and talked (about the matter),” he said.

“The border guards of the two countries met with each other in this regard,” he added.

Khatibzadeh noted that Tehran also submitted a note to the Turkish ambassador on the same day to follow up on the issue.

Regarding the incident, the spokesman stated that this is “bad” for the good relations between the two countries.

He said, “I think we can prevent this from happening again with the cooperation of each other.”

Khatibzadeh said that the exact dimensions of the story are not yet clear to Iran and investigations are underway.

“Our friends in Turkey are helping to find out more in good faith,” he noted.

He also emphasized that the Ministry of Foreign Affairs is seriously pursuing the rights of Iranian citizens in various places.

He also said the Iranian delegation left for Vienna on Monday to continue talks within the framework of the Joint Commission of the JCPOA for a possible revitalization of the 2015 nuclear deal.

The talks are being led by the European Union.

Negotiations on reviving the nuclear deal started some two weeks ago as Biden administration has expressed willingness to return to the JCPOA that was ditched by the Trump administration in May 2018.

Donald Trump quit the nuclear deal despite the fact that it was endorsed by UN Security Council Resolution 2231.

When a resolution is adopted by the Security Council as the most important international body its implementation is obligatory.

He said the most formidable guarantee for implementing an agreement is a ratification by the UN Security Council yet it should be noted that “all these guarantees do not prevent countries from not fulfilling their obligations.”

He went on to explain about the U.S. bad record in breaching its obligations, saying Washington has shown that it does not adhere to these “guarantees” and does not have a good track record in meeting its commitments.

The JCPOA has the highest guarantee given that UN Security Council has made it legally binding, the spokesman noted.

Iran has been demanding that if the JCPOA is to be revived the U.S. must lift all sanctions in a verifiable way.

“What is important is that the fulfillment of all obligations by the United States are verified; and on the other hand, the Islamic Republic of Iran does not remain silent against the other side’s breach of obligations.”

He reminded the global community that Iran reduced its obligations in response to the other side’s actions.

It must be noticed that the JCPOA “is a two-way road”.

Iran started to gradually reduce its commitments to the terms of the JCPOA one year after Trump left the deal and introduced the harshest sanctions within his “maximum pressure” campaign against the Islamic Republic.