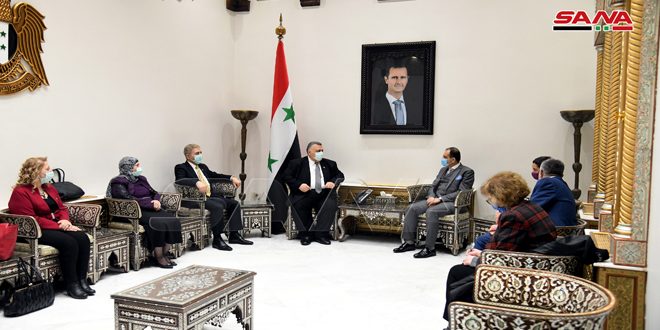 Speaker of the people’s Assembly, Hammouda Sabbagh, stressed the necessity of enhancing mutual cooperation between Syria and the United Nations Fund for Population Activity (UNFPA) in the light of unilateral coercive economic measures imposed on the country and the terrorist war that has left destruction and sabotage in all sectors.

Sabbagh, meeting representative of UNFPA in Syria, Eyad Nasr, appreciated the role of UNFPA in many states, including Syria.

For his part, Nasr said that cooperation with the Syrian side is ongoing and it will be developed and enhanced, adding that all the obstacles will be removed to present what is in the interest of the Syrians, especially women.

He added that work is underway to establish a real basis hat goes beyond the assistance through developing available local capabilities.

China flatly rejects the investigation, which is accused of being responsible...