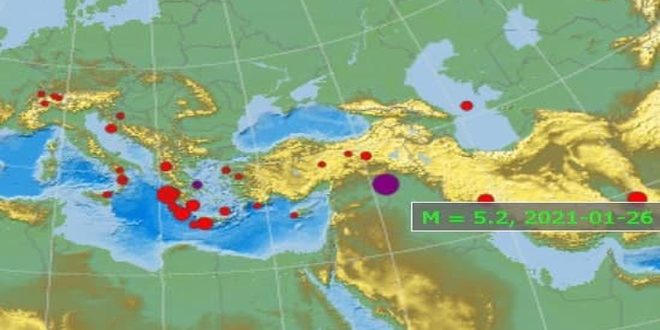 An earthquake measuring 5.2 on Richter scale and at a depth of 10 km hit an area on the Syrian-Iraqi borders inside the Syrian territory.

A source at the National Center for Earthquakes, in a statement to SANA, said that at 13:17 pm, an earthquake hit the area of Sinjar Mountains, 530 km away from Damascus, and it was felt by people in Hasaka and Deir Ezzor.

The source added that the earthquake was preceded by another earthquake measuring 4.4 on Richter scale which hit the same area at 12:02 pm in a place which is 540 km away from Damascus.

Earlier, SANA reporters said that there was an earthquake which was felt by the people in Hasaka and Deir Ezzor provinces.

The United States is moving warships towards Venezuela